Six months after the events of "The Phantom Zone", Dru-Zod has taken over all of Krypton but for a single moon; Wegthor. With Val-El and Jax-Ur building a resistance, Lyta-Zod trying to crush it; Seg-El lost, and Adam Strange trying to find him; and finally, Jayna-Zod off in the Outlands, the second season of Krypton follows the splintered group as they try to come together.

Adam Strange returns to Krypton to find it under General Zod's rule, and quickly joins the Resistance. With reluctant help from Val-El, Adam uses his Zeta Beam to find Seg-El on Colu.

Seg-El is tricked by Brainiac into escaping the Phantom Zone, and together they set out with an uneasy alliance until Seg attacks and seemingly "kills" Brainiac. Adam Strange arrives, and then they are subsequently captured by Lobo.

On Krypton, Lyta-Zod is able to trick Nyssa-Vex into revealing herself by offering up her father, Daron-Vex, as bait. Lyta kills Daron, captures Nyssa, and raids the Resistance hideout, resulting in the death of Mama Zed, however all others escaped. Lyta takes Nyssa before General Zod, and Zod holds Nyssa's son Cor-Vex against her cooperation.[1]

Main article: Ghost In The Fire

Doomsday makes his debut attacking some of General Zod's Sagitari skimmers, prompting Lyta to request to go to Wegthor to help crush the Resistance there. Refusing, General Zod instead has her train Sagitari conscripts within Kandor, but despair and hallucinations cause Lyta to see Seg-El in the face of one recruit. She loses control, attacks him, and General Zod has to comfort her. Zod also seeks a status report from Nyssa-Vex, who had infiltrated the Resistance but was still mistrusted, and demands that she work faster so that she can steal Jax-Ur’s Codex for the Genesis Chamber.

On Colu, Seg and Adam Strange awake to find themselves chained to a tree by Lobo. They arrange a deal to bring Lobo to Brainiac in exchange for freedom, but the deal goes south when Lobo realizes that Brainiac isn’t in his body, but rather inside Seg-El himself. Using Brainiac's reflexes and powers, Seg holds off Lobo until Adam blasts Lobo's stomach out with a gun. They then flee to recover Adam's Zeta Beam, but Brainiac is constantly gaining more and more control over Seg all the while, and Seg insists on not leaving until Brainiac is dealt with.

In the Outlands, Jayna-Zod converses with a hallucination of her brother, Vidar-Zod. She reaches a seedy bar, where she is accosted by Sagitari. As she fights them, she is saved by Dev-Em.[2]

Main article: Will To Power

Seg-El and Adam Strange figure out a way to defeat Brainiac, and race Lobo to the natal chamber where Brainiac was created in order to be rid of him. Despite illusory distractions from Brainiac, Adam manages to get Seg to the chamber just in time before Lobo arrives. Lobo nearly manages to reach the pair, but Seg is able to repel Lobo with telekinesis before exorcizing himself of Brainiac and escaping Colu via Adam's Zeta Beam.

On Wegthor, Nyssa-Vex continues her subterfuge while the Resistance gears to face off against General Zod's forces. Zod, by contrast, agrees to send Lyta-Zod to oversee the operation there and crush the Resistance. At the same time, Jayna-Zod and Dev-Em bond in the Outlands.[3]

Sending Adam Strange away, Seg-El pursues Lyta-Zod in Kandor, only to discover that she has been reconditioned by General Zod. Seg-El is then captured by Zod and reconditioned himself, but it is revealed that Brainiac is still within him, protecting him. Meanwhile in New Lurvan, Outlands, Dev-Em and Jayna-Zod join forces.

On Wegthor, Adam Strange meets up with the Resistance and Kem. Using intelligence from Nyssa-Vex, they stage a raid on the Space Elevator, but things quickly backfire as Nyssa's betrayal comes to light. Oxygenators, successfully stolen on a raid organized by Nyssa as bait, turned out to have been plants. Tainted, they suffocated the ground forces of the assault, while Jax-Ur's backup plan fails as a result of yet more of Nyssa's subterfuge. Adam Strange, Kem, and Araame are then captured by Lyta.[4]

Seg-El takes General Zod hostage in order to force him to help Lyta recover from her Somatic Reconditioning, but Zod ends up capturing Seg instead while he is distracted. The pair become even more distant from each other, with Zod saying he doesn’t need Seg to be proud of him and Seg saying they’ll never be a family, until eventually Brainiac returns to give Seg good counsel. With his advice, Seg fights Dru and tries to warn Lyta, but eventually is forced to flee, Brainiac allowing him to defeat everyone preventing his egress.

On Wegthor, Lyta-Zod arranges a summit between herself, Jax-Ur, Val-El, and Araame. Lyta demands complete surrender, but things go south when Jax uses her laser eye to slay all of Lyta's Sagitari guards, taking her hostage as leverage against General Zod. She demands that Zod retreat from Wegthor in exchange for Lyta, which he agrees to, until Adam Strange and Kem arrive with intel that the Sagitari are in fact lying in ambush, not retreating. In retaliation, Jax slits Lyta's throat on live broadcasting to all of Kandor.[5]

Main article: In Zod We Trust

Seg-El reluctantly teams up with Brainiac to help Nyssa-Vex save their son, using Brainiac's knowledge to save themselves in a skimmer as they flee. At New Lurvan, Brainiac and Seg strike a deal to return Brainiac to his ship in exchange for the power to defeat General Zod. Dev-Em and Jayna-Zod grieve over Lyta together, and become closer.

On Wegthor, Val-El takes control of the rebellion from Jax-Ur, imprisoning her and Araame. They escape, and plant gravity bombs around the Space Elevator base station to destroy it and cut off Zod's forces. Needing Jax to accede to Zod's demand that Val hand her over to him, on threat of annihilation, Val intercepts Jax, kills Araame, and captures Jax. Jax willing provides him with the detonator to the explosives, and he activates them, destroying the Space Elevator and banishing Jax, but allowing her to go free. On Krypton, General Zod uses Jax's Codex, provided to him by Nyssa-Vex, to create a genetic weapon to take control of Doomsday.[6]

General Zod succeeds in incapacitating Doomsday, and together with his scientists they probe Doomsday's memories for a way to control him. They discover how Doomsday, known as Dax 1,000 years ago, was created by Wedna-El and Van-Zod. By killing him hundreds of times, and then resurrecting him with immunities to whatever harm managed to end him, Dax slowly mutates into the inhuman form we know as Doomsday. Zod learns of Doomsday's wife, Enaj, and uses her name to successfully reach out to him. Meanwhile, Kem and Adam Strange become closer friends as they rescue the starving Sagitari forces on Wegthor that Zod abandoned, bringing them into the Resistance.

Back with Seg-El, he reneges on Brainiac's arrangement, and exorcizes him with Val-El's hologram and Nyssa-Vex's help. Unfortunately for Seg however, Brainiac's Nanites take over the Fortress of Solitude's computer, and remotely activates Brainiac's Skull Ship. Although Brainiac offers Seg the chance to join him one last time, Seg again declines, and Brainiac surprisingly respects Seg's decision. Brainiac then steals Seg's son, now renamed from Cor-Vex to Jor-El, and departs.[7]

It is revealed that Lyta-Zod is still alive. The Lyta who was killed by Jax-Ur was merely her clone. Under the influence of the Black Mercy, the real Lyta has been living out a blissful illusion until General Zod orders toxin drawn from the Black Mercy for use on Doomsday, causing Lyta's illusion to collapse and allowing her to escape.

Seg-El, Nyssa-Vex, Jayna-Zod, and Dev-Em attempt to stop Zod's fleet from launching to attack Wegthor, but Seg and Nyssa are quickly captured. They confront Zod over his actions and for supposedly letting Lyta die, but he merely imprisons them until he can somatically recondition Nyssa in order to get her knowledge. Lyta, Jayna, and Dev coordinate to break Seg and Nyssa free however, and when Zod discovers them all escaped, he vows to kill every last soul on Wegthor.[8] 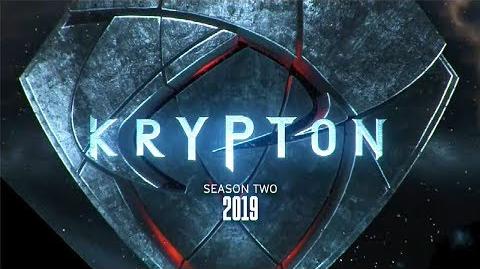 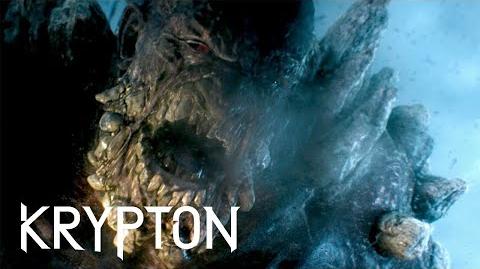