The Military Guild is the force that protects Kandor City on the planet Krypton.

Members of the Military Guild practiced combat with Primus Jayna-Zod, including Lyta-Zod in hand-to-hand combat.[1] Commander Quex-Ul handed around firearms in preparation for the rankless initiative. Wholeheartedly disagreeing with his tactics, Lyta-Zod later challenged him to a combat to the death, as per tradition. They fought, with Lyta winning and killing him. She was appointed the rank of Commander of the Fourth Squad of the Sagitari by Primus Jayna-Zod.[2] The Military Guild later held the meeting to consider their options to root out Black Zero. Lyta-Zod's approach put her at odds with Jayna-Zod, Daron-Vex, and Dev-Em.[3] Following the mission's failure to wipe out the Black Zero, Lyta was brought to the court about her disobeying the orders. She was soon arrested by Daron for her conspiracy with BZ, but was made as a set up by him and the Voice of Rao so they could control the Kandor's population.[4] Lyta was in Guild's prison while waiting for her execution, but Daron stopped after he was urged by his daughter Nyssa to release her, in the effort to dethrone Voice of Rao. In the same prison, another prisoner Kol-Da was here for the murder of Rankless citizen. She was later killed by Sagitari guard under the instructions from Daron to make it as a suicide to avoid the suspicion from the Voice of Rao. Lyta soon took lieutenant Tai-Un in her search and rescue operation to rescue Seg-El.[5] The Military Guild soldiers, under the command of Dev-Em, as part of conspiracy plan to kill Voice of Rao, attempted to kill him in Hall of Justice, but VOR began to brainwashing them, resulting in mission's failure.[6] Under his control, their soldiers, including Dev-Em, became his own unit "The Red Shard" as a security force. Jayna however escaped from him, finding herself the sanctuary in Jewel Mountains. Since VOR declared martial law in Kandor, his unit and Sagitari soldiers began to patrol its streets to search the resistance members, virtually gaining the authority over Military Guild.[7] Some of those soldiers were later killed and disabled when the link between VOR/Brainiac and his unit was cut off by resistance movement.[8] Despite their efforts, these also resulted in reduction of Sagitari soldiers, even those who were not under Brainiac's control, greatly weakening Military Guild, in addition to Brainiac's murders of several councilors. Dar-On, one of the few left behind in Military Guild, reluctantly accepted Nyssa's offer to combine the remained Sagitari units with Black Zero operatives, despite for the latter considering them as a threat to Krypton. The combined army was led by Seg-El, entering the generator where Brainiac was feeding to greatly weaken Krypton. The army was however slaughtered when Brainiac manipulated telepathically both factions, resulting in their slaughter, except for Seg-El whom Brainiac wanted to kill him, but was saved by Nyssa when she planted the sunstone on their enemy.[9] The real Brainiac and his ship arrived to attack Kandor. Lyta and Dev managed to unite Sagitari from Guild and made aerial combat strategy to combat the enemy, but were all killed. Lyta and Dev took some other Sagitari to evacuate other Rankless citizens to underground tunnels for safety, but were immobilised as his ship began proccessing to "bottle" the city. After Seg managed to pull Brainiac in the Phantom Zone (including himself), the process was stopped and Kandor was saved. Despite its victory, Dru-Zod took the power in Krypton and strengthened Military Guild, as all Rankless citizens were required to become Sagitari.[10] 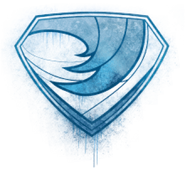