The Lawmakers Guild is the legal body governing Kandor City on the planet Krypton.

The Lawmakers guild tried Val-El for sedition, sentencing him to death. Fourteen years later, they also tried a number of unidentified individuals, which was interrupted by an attempted terrorist bomber, and Charys-El for claims of being a member of Black Zero.[1]

Daron-Vex summoned Seg to the chamber, double checking that he wouldn't follow after his parents and cause chaos within their system, to which he assured he wouldn't. The following day, before his investiture ceremony, Seg met with Daron and Nyssa-Vex, where he told them that he would conform, but not as a Vex. The Voice of Rao appeared, allowing it, before Seg left.[2] 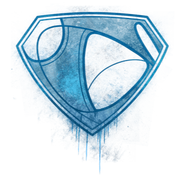